This text has been taken from:

This building was built to provide meat to the populous city of Medina del Campo during the Spanish Golden Age. It is one of the few examples of this building typology that still remains standing and probably the only one that keeps its original purpose, although it has been slightly modified over the years.  Listed as a building of Cultural Interest in October, 13th 1995. 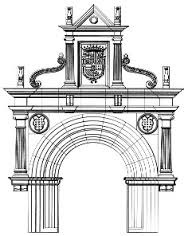 The Royal Butchers of Medina del Campo can be compared to other butcher’s from the 16th and 17th century that still remain standing such as the one of Baza, Baeza or Cazorla. Likewise, it can be put on

Prior to the current building, several buildings, located in different areas of the city, were in charged of the meat supply. The most important one was known as “Carnicerías Mayores” and was situated in the San Francisco sidewalk. In 1499 the Catholic Kings moved it at the end of the street, close to the Zapardiel River and it was in the 16th century when this butcher’s were definitely placed out of the city centre. The new building had four stalls dedicated to caw and mutton meat, two to sheep and two to pork meat.the same level with other European butcher’s from the same period such as the fish market of Venice or the butcher’s of Gent and Bruges. 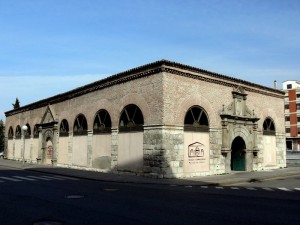 The Royal Butchers were remodelled in 1595, 1621 and 1783. In 1931 the building was about to be demolished aiming at taking advantage of its materials; however, this order was cancelled. The building was restored and from 1935 onwards it works as “Mercado de abastos” or food market.

The Royal Butchers, one of the Renaissance Week’s settings.

During the Renaissance Week (August 2014) the Royal Butchers will host a solidarity market, an information point and a set of activities related to the Rueda’s Wine Route and a photographic exhibition. In addition, a gastronomic and handmade market of products from Spanish America, antique product stalls, a wooden carousel and horseback riding will be placed in the surroundings of the building. 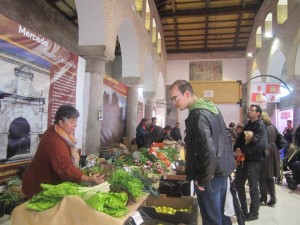 The Royal Butchers have a wide variety of affordable products available to every kind of public, from fish, shellfish, legumes, fruits and vegetables, meat to organic food. 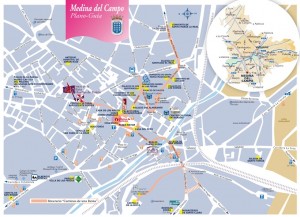